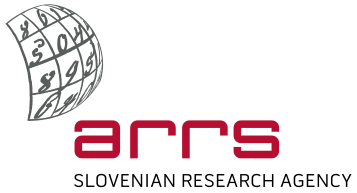 Description of the project

Angioedema (AE) is self-limiting and localized oedema of the subcutaneous and submucosal tissue, due to transiently increased vascular permeability in the deeper layers of the dermis and in the subcutaneous tissue. Clinically it is characterized by swelling of the face, lips, tongue, larynx, abdomen, genitalia or extremities. AE often occurs as part of urticaria, however, when recurrent angioedema develops without urticaria, the patient should be diagnosed as having isolated/primary AE. It is estimated that the prevalence of having at least one isolated angioedema attack during the entire lifetime is up to 10%.

Around 70% of AE is mediated by mast-cell mediators, the key being histamine, the so called histamine-mediated AE (H‑AE). The treatment of choice are antihistamines and corticosteroids. The rough remainder (30%) is caused by dysregulation of the bradykinin (Bk)-pathway, the so called Bk-AE, which represents the main focus point of the current project. Bk is a potent vasodilator and increases vascular permeability. Dysregulation of Bk metabolism results in different types of acquired and hereditary recurrent primary AE not responsive to antihistamines and corticosteroids. The treatment requires interventions that targets Bk pathways.

Patients with AE are often misdiagnosed; the rate of misdiagnosis can be up to around 50% with the biggest diagnostic hurdle lying in discrimination between allergic (H-AE) and non-allergic (Bk-AE). This translates to delays in diagnosis which are long and common. However, if AE patients are untreated or not treated correctly, the attacks can be frequent, tremendously effecting the quality of life. Patients can be debilitated by symptoms for several weeks a year, what is also associated with huge economical burden. Furthermore, laryngeal oedema as the most worrisome presentation of AE if treated wrongly can cause death by asphyxiation. Since, different AE types, underlined by different causes, require different treatment regimens, the establishment of the correct diagnosis is therefore of utmost importance. As evidenced above, distinguishing Bk-AE from H-AE remains the most significant and frequent dilemma faced by the clinician during an evaluation of a patient with AE, further adding to the problem is a lack of any available diagnostic test to discriminate between the two types. The diagnosis is therefore often established by excluding alternative diagnoses, which is as previously mentioned associated with misdiagnosis and delay in diagnosis.

The project itself will be composed of several inter-linked activities, divided into different, conceptually similar parts (work packages, WPs). It will range from recruitment of patients with comprehensive clinical evaluation, followed by an attempt to discover and validate clinically useful biochemical biomarkers to discriminate between Bk-AE and H-AE (WP1 and WP2). This will help us to identify patients who will benefit from Bk pathways targeting therapy. A large part of the project will be directed towards the identification of genetic causes/predisposition (WP3 and WP4) and disease-modifier genes (WP5) to Bk-AE employing different complementary strategies and methods, and basic functional characterization (WP6) of newly identified variants (in known HAE-related and newly discovered genes). The final goal of the project is the identification of the biomarkers and genetic predisposition (factors), including both genetic causes and disease-modifiers, for Bk-AE. This will in turn allow us to better understand the underlying mechanism and manage patients with AE.

Project work packages and their realization